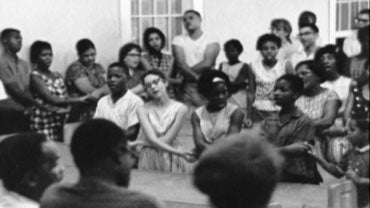 Georgetown University Library is a treasure trove of fascinating books, databases, and research. Here are some new and notable things at the Library that you may be interested in.

Archives of Sexuality & Gender
A robust and significant collection of primary sources for the historical study of sex, sexuality, and gender. With material dating back to the sixteenth century, researchers and scholars can examine the development of sex education, the rise of sexology, changes over time to sexual norms and gender roles, social movements and activism, health and hygiene, erotica, and many other interesting topical areas.

Women's Studies Archive
Bringing women's stories to light, the Women's Studies Archive connects archival collections concerning women's history from across the globe and from a wide range of sources. Focusing on the evolution of feminism throughout the nineteenth and twentieth centuries, the archive provides materials on women's political activism—such as suffrage, birth control, pacifism, civil rights, and socialism—and on women's voices, from female-authored literature to women's periodicals.

Standing on My Sister’s Shoulders, directed by Joan Sadoff, Robert Sadoff, and Laura J. Lipson
In 1965, when three women walked into the US House of Representatives in Washington D.C., they had come a very long way. Neither lawyers nor politicians, they were ordinary women from Mississippi and descendants of African slaves. They had come to their country's capital seeking civil rights, the first Black women to be allowed in the Senate chambers in nearly 100 years.

The Toxic Reigns of Resentment, directed by Den Hoff
Our current political zeitgeist is marked by the revival of nationalism paired with xenophobia, an increasing tribalization of politics, and a public sphere oscillating between cruelty and sentimentality. Politicians, scholars and journalists alike speak of a culture of resentment that defines politics today. This documentary film introduces and critically discusses concepts of resentment and their relation to our current political juncture.

The Leader’s Guide to Unconscious Bias by Pamela Fuller, Mark Murphy, and Anne Chow
Meant for every manager who wants to understand and move past their own preconceived ideas, this book explains that bias is the result of mental shortcuts and our likes and dislikes, and is a natural part of the human condition. It provides more than thirty unique tools, such as a prep worksheet and a list of ways to reframe your unconscious thoughts.

Ask Your Developer by Jeff Lawson
Part manifesto, part guide for managing in the digital age, this book argues that software developers are the new rockstars of companies large and small, and yet most executives don't know how to leverage their talents across the organization.

Otherlands: A Journey through Earth’s Extinct Worlds by Thomas Halliday
Mining the most recent paleontological advances, a paleobiologist recreates sixteen extinct worlds with a novelist's eye for detail and drama, showing up close the intricate relationships of these ancient worlds.