Banned Books Week, commemorated annually in the end of September, is a national event celebrating the freedom to read. It also draws attention to the dangers of censorship and highlights the importance of free and open access to information. Many of the greatest books throughout history and up to the present have been banned for presenting unpopular viewpoints, revolutionary ideas and objectionable content. Libraries across the country, including the Georgetown University Library, are dedicated to making sure these books remain available and accessible for all who would like to read them.

The library shelves at Georgetown hold hundreds of books that have been banned or challenged, including many rare and historic volumes. Below are just a few examples. We invite you to come explore our collections any time and see what else you find! 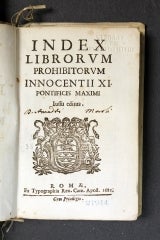 The Index librorum prohibitorum was a list of publications prohibited by the Catholic Church, which began in the 16th century and was eventually abolished in 1966. The Lauinger Library Special Collections Research Center and the Woodstock Theological Library have 24 editions of the Index, ranging in date from 1590 to 1948.

This particular edition from 1681, issued under Pope Innocent XI, lists De revolutionibus orbium cœlestium by Copernicus (see below) as well as Galileo's Dialogo sopra i due massimi sistemi del mondo among the works that were viewed with disfavor. 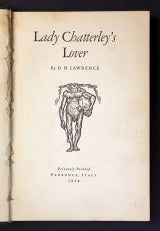 Lady Chatterley's Lover was originally printed privately in Italy in an attempt to avoid censorship in the UK and United States; but as the book ran afoul of obscenity laws it was not afforded copyright protection and soon was the focus of extensive book piracy. The Special Collections Research Center owns two pirated "first edition" copies.

Grove Press became the first to publish the book in the United States in 1959, at which time the Postmaster General ordered the book banned from the mail. Grove Press sued and eventually prevailed in court; similar legal challenges permitted the publication of the novel by Penguin Books in England in 1960. 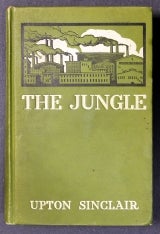 Published in 1906, The Jungle and the subsequent public outcry at the conditions in meatpacking plants it reported ushered in the age of modern food inspection and is credited with the eventual creation of the FDA.

While several of Sinclair's other novels were banned due to their explicit language, The Jungle came under scrutiny by Senator Joe McCarthy for its Communist sympathies in 1953. Ironically, at various times the novel has been banned both for its socialist views (Yugoslavia, 1929; Nazi Germany, 1933; South Korea, 1985) and for its opposition to Communist ideology (East Germany, 1956). 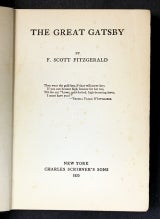 Originally rejected for magazine serialization in 1923 because of its unabashed depiction of adultery, the ensuing decades have seen The Great Gatsby and its depiction of America's Jazz Age become a staple of high school reading lists nationwide.

This popularity has come with a price; in recent years school boards in Bay County, Florida (1987) and Coeur d'Alene, Idaho (2008) have removed the book from the curriculum due to its vulgarity and adult themes, only to find themselves awash in negative publicity as local communities rallied to have the book reinstated. 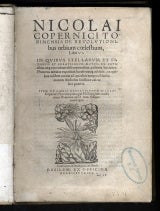 This 1543 work by Polish astronomer and polymath Nicolaus Copernicus became the cornerstone of the movement that eventually dethroned the geocentric theories of Ptolemy and Aristotle by demonstrating the mathematical elegance of positioning the sun at the center of the solar system.