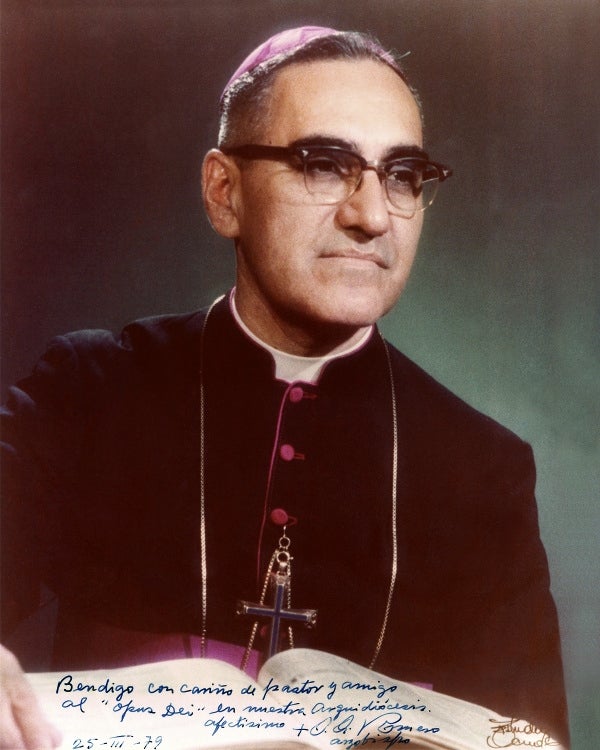 On October 14th, Oscar Romero was canonized by Pope Francis. His life was and remains an example of strength and courage in the midst of a terrorizing, unjust, and corrupt government.

When Saint Oscar Romero was appointed Archbishop of San Salvador, he could not have known how radically his life, his heart, and his involvement with the people of El Salvador would change, placing him at the forefront of a lived theology of liberation. The people of El Salvador were living under an oppressive and violent military government that sought to silence, through torture and death, anyone who spoke out against its corruption. Saint Oscar was one who spoke out. He did this through his homilies which articulated his support and commitment for peace, non-violence, and human rights. He often delivered messages on YSAX (the radio station of the archidiocese) and, of course, from the pulpit.

In a homily preached by Saint Oscar on the Fifth Sunday of Lent, March 23, 1980, his following statements were met with applause from the congregation*

“The great task of Christians is to become absorbed in God’s kingdom and, with our souls so absorbed, to work also on projects of history. It is a good thing to unite in the people’s organizations; it is a good thing to create political parties; it is a good thing to take part in the government. All this is good, as long as you’re a Christian who reflects the kingdom of God and tries to implant it wherever you are working….” (A Prophetic Bishop Speaks to his People: The complete Homilies of Archbishop Oscar Romero. Translated by Joseph V. Owens, SJ; edited by Rafael Luciani, Felix Palazzi, and Julian Filochowski. Vol 6. p. 402). 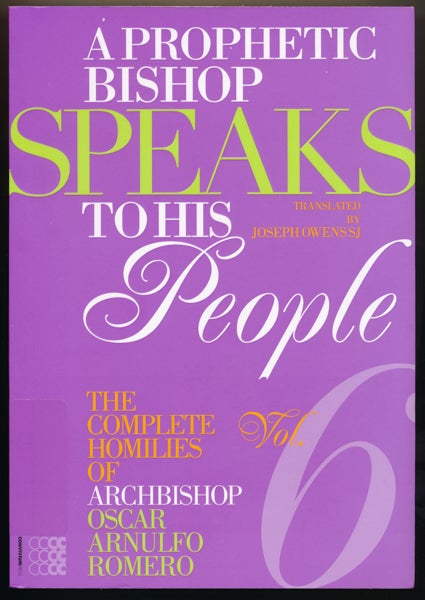 As with many whose fate is bound up with the poor, oppressed and marginalized, Saint Oscar experienced a violent and unjust death. His final words, a homily given at the Anniversary Mass for Sara Meardi de Pinto [i.e., Doña Sarita] and delivered at the Chapel of the Divina Providencia Hospital, March 24th, 1980, are more enduring and penetrating than the bullets that were the instrument that tried to silence him:

“This holy Mass of thanksgiving, then, is just such an act of faith [as demonstrated by Doña Sarita]. By Christian faith we know that at this moment the host of wheat becomes the body of the Lord who offered himself for the redemption of the world, and that the wine in this chalice is transformed into the blood that was the price of salvation. May this body that was immolated and this flesh that was sacrificed for humankind also nourish us that we can give our bodies and our blood to suffering and pain, as Christ did, not for our own sake but to bring justice and peace to our people. Let us therefore join closely together in faith and hope at this moment of prayer for Doña Sarita and ourselves.” (Owens, p. 422)

At that moment, a shot rang out.*

*The editors of A Prophetic Bishop Speaks to his People: The complete Homilies of Archbishop Oscar Romero, transcribe the congregation responses, and situate each homily in the events of week.