They Came to Georgetown: The Italians

This is the first in a series of articles which will examine the roles of members of various ethnic and national groups as teachers and administrators at Georgetown or as Georgetown alumni in the world at large. The choices are not entirely representative. since the focus of the series will be Georgetown itself, especially in its earlier years. Those still living as well as those born in America, have been excluded.

Not all of those chosen became Americans; yet without them Georgetown would not have become what it is.

During the 19th century a large number of men came directly from Italy to Georgetown. More than a few of them achieved distinction, as have many of those men and women of Italian extraction who came later. But three Italian Jesuits especially had a great impact on the college and on the course of Catholic life and education in America. A president of the college, a librarian and a professor of mathematics: each made a unique contribution, and, although they are now all but forgotten, all three left an indelible mark on the character of the university.

Fr. John Anthony Grassi, S.J., born in Bergamo in 1775, came to Georgetown in 1810 via Russia, Denmark, Portugal and England. Equipped to become a missionary and astronomer in China, he became instead the administrator and teacher who brought Georgetown through its very hardest times.

Grassi studied at Colorno, in Italy, under Fr. Joseph Pignatelli (who was canonized in 1954). Sent to Russia for his novitiate, he became rector of the College of Nobles in Polotsk at age 29. Chosen as one of three Jesuits to reopen the China mission, he, with the others, was ultimately stranded at Lisbon and then at Stonyhurst, from whence he was assigned to Georgetown.

During the War of 1812, despite the constant threats of war and faltering enrollment, Fr. Grassi kept the college open and growing. Together with Archbishop Carroll he resisted the plan concocted by Georgetown citizens to offer the college buildings as a meeting place to Congress after the British burned the Capitol. At his instigation and with his direction the Society sought and gained Georgetown's government charter of 1815, signed by President Madison the same day that the Senate ratified the treaty ending the war with Great Britain.

More importantly, it was Fr. Grassi who resisted the urgings of Fr. Anthony Kohlmann and others to close Georgetown entirely in favor of Kohlmann's newly-established Literary Institute in New York. When he returned to Rome in 1817, Fr. Grassi left behind him a re-invigorated college with a respectable scientific "cabinet," a growing library and able teachers.

In the Notizie varie, a book on America published in Rome a year after his return, Fr. Grassi devotes the principal space in his description of Georgetown to notices concerning the granting of the 1815 charter and the failure of the New York Literary Institute. Though he suppressed his own connection with the college and with the contests he had waged so successfully, Fr. Grassi realized clearly what he had accomplished. 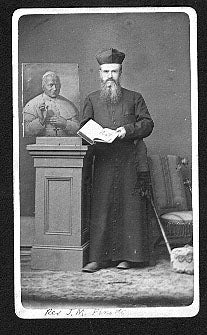 The library, not much out of its infancy when Fr. Grassi left, was to be a main concern of another Italian immigrant, Fr. Joseph Maria Finotti, who was born in Ferrara in the year Grassi left America. Recruited by Fr. James Ryder in Rome in 1845, Fr. Finotti spent three of the next five years at Georgetown as teacher and librarian. What he attempted at Georgetown failed; what he learned at Georgetown carried him to a greater accomplishment almost 25 years later.

In the two years he served at Georgetown before his ordination, Fr. Finotti, as assistant to the librarian, Fr. James Ward, compiled the first detailed statistical survey of the library. After a year at Frederick, Md., he returned to Georgetown as both librarian and professor. His plan for a subject catalogue of the library, however, was not completed; extensive notes remain, but the more than 13,000 volumes were too many for the efforts of a single man in a single year.

Fr. Finotti left Georgetown for good in 1849. Serving first as a Jesuit missionary priest in Alexandria and across the Potomac in Maryland, he transferred, upon leaving the Society in 1852, to Massachusetts. While working as a parish priest in Brookline and Arlington and as literary editor of the Boston Pilot, however, Fr. Finotti found time to pursue the interest in collecting and bibliography on which his reputation rests.

In 1872 Georgetown's erstwhile librarian published his Bibliographia Catholica Americana, the first serious attempt to bring together a list of books by Catholic authors published in America down to 1820. In large part that list depended upon the collection Fr. Finotti had superintended at Georgetown and the collection he had himself built up. Not until 1939 was Fr. Finotti's work superseded, and then it was by the efforts of another Georgetown librarian, Fr. Wilfrid Parsons.

When Fr. Finotti died in Colorado in 1879, having spent his last years as a missionary in Central City, his books and papers passed largely into the hands of John Gilmary Shea. Thirteen years later the "Finotti Collection" became part of the Georgetown University Library upon the purchase of Shea's entire collection, and Fr. Finotti's books now form one of the principal bases of our collection of early American Catholic writing.

Fr. Benedict Sestini, S.J., made a pair of contributions which demonstrate his intellectual kinship with both Fr. Grassi and Fr. Finotti. Born in Ferrara in 1816, he alone of the three, came to America as a result of religious persecution and arrived here shortly after the outbreak of the 1848 uprisings in Italy.

Trained principally as an astronomer and mathematician (as Grassi had been before him), Fr. Sestini took up the assistant directorship of the fledgling Georgetown College Observatory under its creator, Fr. James Curley. From Sept. 20 to Nov. 6, 1850, Fr. Sestini conducted a series of observations of sun spots which, when published in 1853, was immediately recognized as an authoritative study of the subject.

By the time of publication, however, Fr. Sestini had also published his Analytical Geometry (1852), the first of a series of excellent though difficult texts on several branches of mathematical studies. His texts (a continuing torture for Georgetown students over a considerable period of years) and his teaching consumed the remainder of Fr. Sestini's years at Georgetown, save for his beginning of the second great project of his life.

During the 1860's Fr. Sestini was deeply involved in the planning and building of Woodstock College, Md. as well as in his ordinary duties. But shortly before Woodstock opened, in 1866, Fr. Sestini issued the first number of an American edition of The Messenger of the Sacred Heart.

The Messenger, the principal organ of the Apostleship of Prayer, had appeared for some years in a French version. For the next 20 years, however, while Fr. Sestini was professor of mathematics at Georgetown and then at Woodstock, he was also the sole editor of the American edition. Laboring against the difficulties of little money, little time, and an alien language (a problem he shared, as an editor, with Fr. Finotti) Fr. Sestini nonetheless kept The Messenger afloat and put it on the path to revitalization. 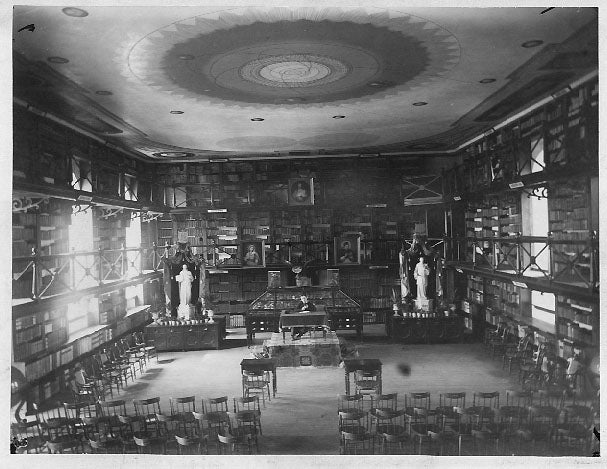 Known today principally as the artist who created the ceiling of the old Woodstock Library room (on which he drew a scheme of the Copernican solar system and, in their correct positions, all of the stars visible to the naked eye), Fr. Sestini receives little credit for the scientific publications and for the Messenger to which he devoted his adult life. 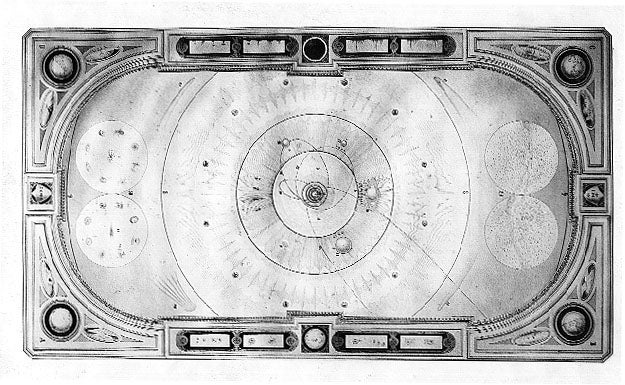 Grassi, Finotti, and Sestini are now all but forgotten. Yet what each did was important, and he did it well.