This year marks the centenary of the influenza epidemic that claimed an estimated 50 million lives worldwide, and nearly 700,000 in the US.1 At the end of World War I global troop movements provided the perfect conditions for the disease to spread. By some calculations, nearly one third of the world’s population contracted the disease. 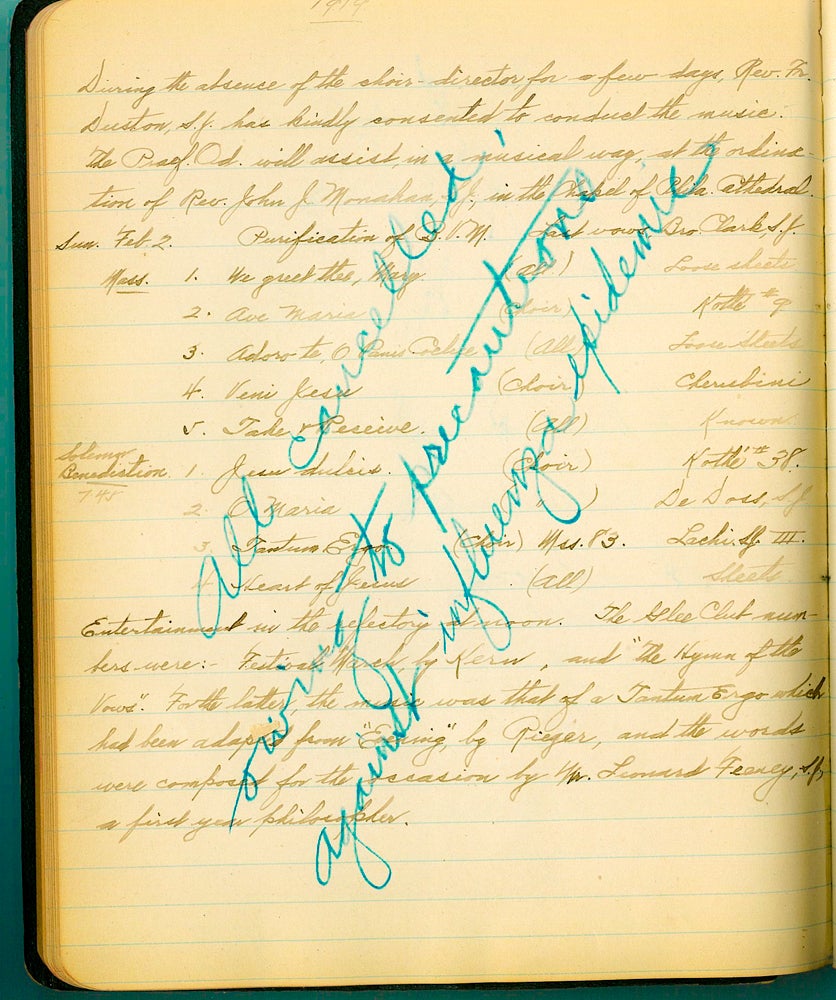 To combat the spread of the disease recreational activities and visitors were curtailed and barred, respectively. Spiritual measures were also taken. During the height of the epidemic, with a number sick novices, an around the clock prayer vigil was held before the sacrament. With nearly 110 cases of the "grippe" reported at the novitiate in St. Andrews-on-Hudson, there was very real fear within the community.

Choir and orchestra practice was also cancelled so as to mitigate the Jesuits contact with each other, and so as to avoid disturbing the sick within the infirmary.

Fortunately, unlike some of the other novitiates in New York, Woodstock escaped with relatively few deaths.

For more information on how Jesuits responded to the Influenza epidemic visit the Woodstock Theological Library.