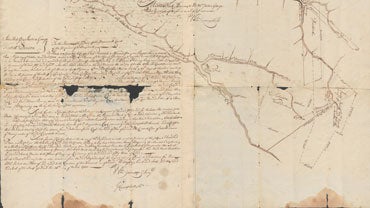 The continuing project to digitize the Archives of the Maryland Province of the Society of Jesus (MPA) has reached another significant milestone. Subseries 2.1 of the MPA, which includes the financial records and other subject files related to the Maryland Province’s Procurator (treasurer), have been digitized and are now available in DigitalGeorgetown. 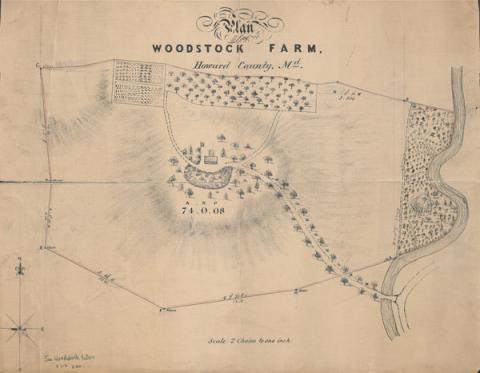 Drawing of Woodstock Farm, the property where Woodstock College would be built.

Subseries 2.1 is the largest subseries in the collection, and it’s also one of particular interest to descendants of the 272 enslaved individuals sold by the Maryland Province Jesuits in 1838, as well as teachers and researchers interested in the history of the Jesuits or of the institution of slavery. “It’s safe to say that this is the most important subseries related to the sale,” said Digital Production Coordinator Theodore Mallison. “It’s the focal point of why we’re digitizing the entire collection.” Documents include a census of the 272 people who were intended to be sold, deeds and contracts related to the sale, correspondence, and legal opinions. The subseries also includes information on the plantations where enslaved people were working before the sale.

“All of these records are extremely important, especially those that reveal the labor of the enslaved and indentured individuals who allowed the Jesuits to have money-making operations,” explained Cassandra Berman, archivist for the Maryland Province Archive. 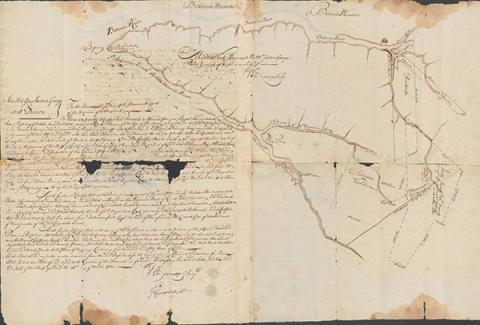 In addition to the sheer size of this subseries—more than 20,000 pages—the type of materials posed a digitization challenge. Some of the items were in bound volumes, while others were printed on vellum, a refined animal skin that can be difficult to scan, particularly when large or folded.

Library staff are working to make the MPA collection easier for researchers to use. As part of the project, they are improving the finding aid to better arrange and describe the materials in the collection, with the goal of improving accessibility. “We’re doing our best to contextualize the materials to allow researchers to use them in a variety of ways,” Berman said. This subseries includes many key documents that are included in the Georgetown Slavery Archive, and the new finding aid includes cross-references to the GSA to make it easier for people who have previously accessed materials that way. 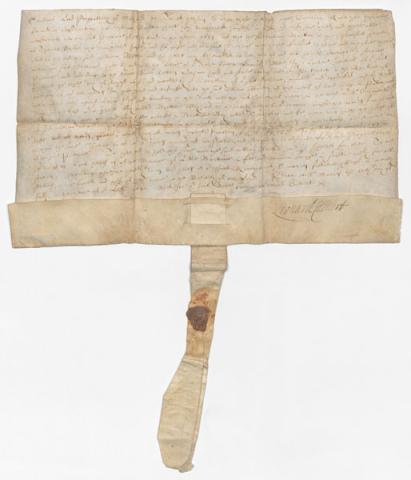 1640 land grant from Cecil Calvert, proprietor of the Maryland Colony, to William Bretton

Staff have also implemented principles of reparative archival description, paying attention to the ways in which sensitive language is used in the finding aid, and providing users a channel to provide feedback.

Digitization of the Maryland Province Archives continues. There are ten series in all; Series 1, Series 3, and most of Series 2 have been completed. Mallison is digitizing the materials, while Berman is rearranging the physical collection and putting the new finding aid online. Mary Beth Corrigan, curator of collections on Slavery, Memory, and Reconciliation, devised the collection’s new series and subseries arrangement and wrote the new finding aid’s descriptive content.