American Archives Month: Reflections on Being an Archivist...

We're celebrating #AmericanArchivesMonth this October with reflections on the subject from some of our archivists here at the Library.

When I think about my own experience as an archivist, my thoughts always go back to the first major collection I ever processed: the personal papers of Italian-born NBC radio broadcaster Lisa Sergio (1905-1989).

Personal papers are testaments of an individual’s life. Invariably such a collection will include personal letters, journals, photographs, and artifacts, a great proportion of which are hand-created and selected by the individual. This kind of material can bring a person to life by fleshing out their interests, thoughts, relationships, and physical surroundings in a way that no secondhand biographical account can achieve. The experience of plunging into someone’s life through their personal papers and paraphernalia and recording the discoveries—an activity that archivists call “arrangement and description”—is matchless.  While I was processing her collection, I felt as though I were immersed in Sergio’s living autobiography, and by the end of the project, I felt like I’d made a friend. 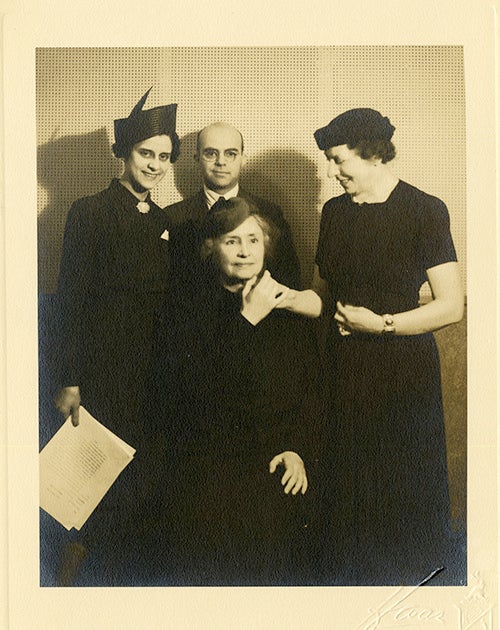 There’s a kind of magic that happens when working with personal papers. The order of the materials is defined by the life to which they belong, and it is the duty of the archivist to follow the path laid out by the individual who created them. While processing the Lisa Sergio papers, the standout memory is that the collection came to life once the storage boxes were opened. As I arranged the material, I felt her relevance reviving and that I was assisting in making her lifetime achievements as a woman and an advocate for peace, women’s and human rights, discoverable to the world again.

Recruited by Mussolini as a news commentator for Rome’s 2RO Radio, Lisa Sergio was known as the “Golden Voice of Rome” and was instrumental in establishing shortwave radio programs in 21 languages. In 1937, an arrest order was issued against Sergio for her persistent anti-Fascist sentiment. She fled to the U.S., eventually gaining citizenship in 1944.  Already well‐known to American radio newscasters for her broadcasts in Italy. Sergio was invited to be a guest commentator for NBC by David Sarnoff, president of the Radio Corporation of America. Over the ensuing five decades, Sergio was commentator for New York City's WQXR and ABC radio in New York City, and for WMAL radio in Washington, D.C. With the advent of television, Sergio also hosted programs for NBC‐TV and ABC‐TV.

During the late sixties, Sergio began extensive lecture tours around U.S. universities in response to the anti‐war movement. She spoke about women’s rights, the detrimental effect of war, and the promotion of peace. Her travels also took her to India, Israel and Jordan, where her focus was on improvement of living conditions, especially for women. She came into contact with both humanitarian and political leaders, including Raj Kumari Amrit Kaur and Jawaharlal Nehru, India’s minister of health and  prime minister, respectively; King Hussein of Jordan; and Anwar and Jehan Sadat of Egypt. Sergio’s dedication to humanitarian causes garnered her recognition, as well as the friendship of eminent Americans who included Helen Keller, Jacqueline Kennedy, Martin Luther King, Jr., and Eleanor Roosevelt. 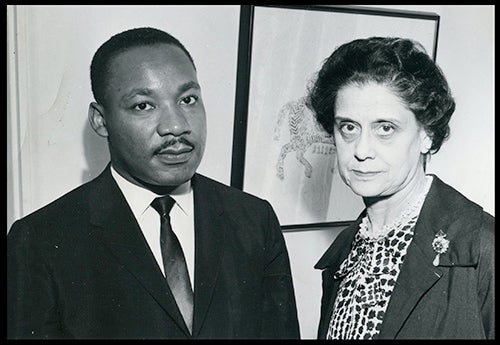 The Lisa Sergio papers, GTMGamms172 are open to researchers at the Georgetown University Library Booth Family Center for Special Collections.